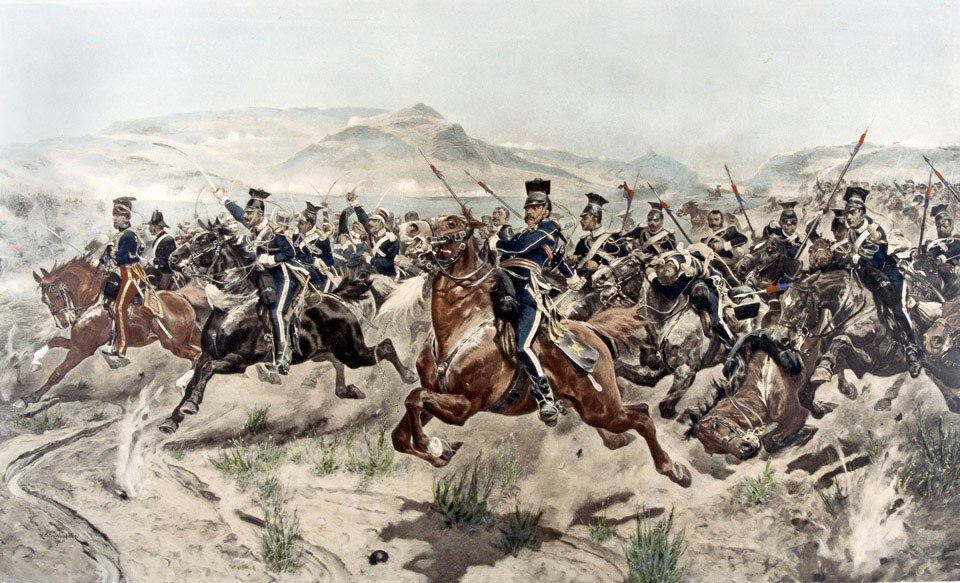 Charge of the Light Brigade

At the Battle of Balaclava, an order reached a brigade of light cavalry to take the Russian guns. The general who sent the order was referring to a small artillery position that had been abandoned. But the commander of the light brigade could not see those guns. He could only see the main Russian battery at the end of the valley. He charged, and the light brigade was cut to pieces. The Charge of the Light Brigade can tell us something pretty interesting about the development of technical communication today.

Today, a military blunder on that scale is much less likely. Today, the general in charge would have got on the radio to the commander of the light brigade and said, “Take the Russian guns.” The cavalry officer would then have said, “Do you mean the main Russian batteries at the end of the valley, sir?” And the general would have said, “No, I mean the small abandoned battery on the hill.” And all would have been well.

Even if the Light Brigade had started across the valley, the general would have seen them and called them back. That is the way human communication works most of the time: not by perfect and unambiguous specification of a single message, but by approximation followed by correction. Listen to any conversation and you will hear this happening, approximations of meaning followed by corrections until shared understanding is obtained. The tragedy of the Light Brigade was that this process of approximation and correction worked too slowly for correct understanding of the order to be reached before the men charged into the Valley of Death.

We talk the way we walk, constantly adjusting for the shifting terrain, constantly compensating for the unevenness of the path to keep our course toward our intended destination. This is what makes writing a book so tough. When you write a book, you will not have the chance to detect and correct the reader’s misunderstandings. You cannot set him on his feet if he stumbles, or call her back to the road if she wanders off on a side path. You have no chance to call back the Light Brigade.

A book is a very long-cycle form of communication. If the reader’s misunderstanding is every communicated to the writer, it might be months or years after the book was written. If the author then attempts to correct the misunderstanding, the correction may take weeks to reach the reader. So, when writing a book, you must, as far as possible, forestall such misunderstanding by careful construction of your text.

This is really hard to do. And for it to have any chance of working, you also need a careful reader — a reader who recognizes that they may have to put some effort into making sure that they have understood exactly what the writer was trying to say.

This is, incidentally, why we need schools, because it is not enough to teach people to read and then simply give them a pile of books. Left to themselves, they will sometimes misunderstand the books. A teacher and a classroom full of fellow scholars provide the process of correction necessary for the book’s meaning to be fully understood. (Or ideologically subverted, but that is a rant for another place.)

What has this to do with technical communication? Traditionally, technical communication has been a long-cycle form of communication. We wrote books, put them in the box with the product, and that was the one and only shot we had to communicate with the user. This required careful preparation of the text to minimize the possibility of misunderstanding, and careful reading to make sure the the meaning was fully comprehended.

This care on both sides was part of the contract between writer and reader in a civilization built on paper, and the slow distribution thereof. It was the schools’ job to inculcate in their students the habit of careful reading without which the reader could not hold up their end of the contract with the writer.

Today, that contract is broken. We live in a civilization built on bytes, and the instantaneous distribution thereof. We can, if we choose, write books of the old length with the old care, but we cannot expect the reciprocal care or attention on the part of most readers.

People in search of information no longer resort to careful study of a single volume. They turn instead to the net, to search engines and to forums. They pick something up, try it, and go back to the net if it fails (you can observe this pattern on any number of technical forums). Approximation and correction — the natural mode of human learning reasserts itself on the net.

What, therefore, must we do? The process of approximation and correction is a conversation, but this does not necessarily mean that we all should become forum managers (though that is certainly an important role). The conversation on the net is not necessarily one to one. Check the forums and you will often see that many voices enter the conversation until the original questioner gets the answer they need, and many of the answers that are offered are simply links to existing resources. Providing the resources that mavens can point novices to is an important role.

Nor does it mean being less careful in how we frame our communication. A carefully constructed message will still shorten the conversation. But we have to remember that the way our readers read has changed, and we will not get careful attention to lengthy explanations. Instead we must accept that the reader will read in a hurry, go off to tinker before they have the complete picture in their heads, and perhaps be back later when they get stuck. Our care, therefore, must not be to make a long careful read work, but to make quick dips into the content work.

And that points us to what I think is the biggest change we must make: We must stop writing books and start writing genuine standalone topics. This does not mean breaking book content into pieces and storing the pieces separately as a reuse strategy. It means writing Every Page is Page One topics.