When I started my career in tech writing, it was the age of the writer. Tech writers tended to work independently on a single book for months at a time. Better, for many, they not only got to write the book, they got to design it and shepherd it through the publication process. At the end of the process a book arrived from the printer and you got to keep a copy — I still have several. It was, from beginning to end, your work, your product, your book.

Fewer of us get to work that way today. We now live in the age of the content manager. Writers contribute chunks of text to content management systems that spit them out in various combinations. There is no end-to-end ownership. Not everyone works like this, but it is an increasingly dominant model, and the model which just about every pundit in the industry is urging companies to adopt.

Writerly virtues, alas, often take a back seat to content management virtues. Improved percentage of reuse becomes the goal to strive for. These are the things we are judged on in the age of the content manager.

I bear a portion of the credit/blame for this situation. My 1995 paper on Component Based Information Development (Proceedings of SGML 95) called for a move away from managing documents to managing components of documents. Maybe I just like to blow against the wind, but as hard as I campaigned for component content management in the age of the writer, I now find myself increasingly campaigning for writerly virtues in the age of the content manager.

Make no mistake. We need to manage content. We don’t necessarily need to make percentage of reuse our primary metric, but we do need to collaborate on the production and management of content. I would never advocate for a return to writing books in cubicles. But I do feel that writers have lost out in the way content management is practiced today, and that content has suffered in the process.

What I had always hoped for is that structured writing and content management would become part of the writer’s toolkit and the writer’s mindset — that we would achieve a content management driven by writer’s values and writer’s appreciation of the subtlety and even the beauty of communication. Instead what we have is a content management driven by a database mindset, a mindset of rows and columns, a mindset of taxonomies where words are lined up like soldiers on parade. It is an orderly world, and internally it is a very efficient world. Sometimes it improves the actual efficiency of the content process, by whatever measurement of efficiency matters to the business.

Sometimes it does not. Content management projects often fail to deliver the hoped for productivity. Sometimes the messiness of the content refuses to submit to the orderliness of the content management system. The CMS mindset blames this on the writer for failing to fit their work to the prescribed structures. The writerly mindset blames the CMS structures for failing to represent the real messiness and complexity of the world they are trying to write about. Both may have a point. The larger point is that, 20 years after my Component Content Management paper, writers and content managers are still strange bedfellows.

Part of the reason that content management did not become part of the typical writer’s own toolkit was that the technology was simply too hard. SGML and RDBMS (the tools of choice in 1995) have given way to XML and CCMS, but they are still highly complex. There are nicer interfaces now, but they don’t hide the need to understand the underlying structures and the algorithms that process them in order to build a structured writing environment. Writers were able to learn to set up Frame’s Complex stylesheets and to use its cross reference mechanisms and TOC and index generation features because they were conceptually simple enough and fit within a domain of knowledge that writers understood. Structured writing and content management are far more abstract and require algorithmic thinking.

Thus the tools that writers use are designed and built largely by people with database and programming backgrounds. And while there are a few of us with a foot in both worlds, it does not seems like writers and content managers are much closer to understanding each other’s mindset than they were in 1995.

I have noted before that the DIKW pyramid, which makes data the base, is an inversion of the truth. Stories are the base, and data rests on a pyramid of stories, without which it would simply be noise. Yet the DIKW pyramid is an idea that often comes up in content management circles. In many ways, it expresses the content manager’s view of the world: capture the fundamental data in an orderly system in which every word means one thing and one thing only, and build everything else from that.

Systems built on that premise can solve real world business problems and save companies lots of money. But these successes are not consistently reproducible. The whole content universe cannot be reproduced from data, because this system is an inversion of the reality that stories, not data, are the base on which everything else is built.

(I’m not suggesting that every content manager holds this view. I’m painting the contrast between the content management and the writerly view in deliberately stark terms to demonstrate the tension between them. There is a tug-of-war between these views and many people in the industry, like myself, have pulled on both sides of the rope at different times. This sort of tension is inevitable when you try to reconcile two different approaches because you want the benefits of both.) 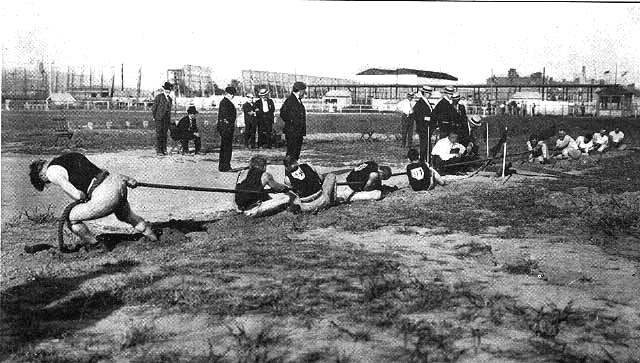 The logic of the writerly world view suggests something very different. If stories are the foundation, and if data is precariously balanced on a pyramid of stories, doomed to become noise, or at least to be misinterpreted, by anyone who does not know the exact set of stories that explains it, then the idea of data as the solid foundation on which all content rests seems much less supportable.

Does this mean that we should go back to writing books in cubicles? Not at all. The economy of language relies on our presenting information in a way that can be used efficiently by people who know the stories on which it depends. A content world consisting entirely of unstructured stories would communicate with dreadful inefficiency. We need to produce structured stories, narrated data, and labeled data. We probably need far more of these than we currently produce. Structured writing and content management techniques are often useful tools for creating and managing them.

But there is another aspect of stories that needs to be managed: the relationship between stories. As we noted, stories tell stories by referring to other stories — stories that the reader is presumed to know, but often does not, or does not know well enough, or does not know by the same name. Placing stories into categories and locating them in hierarchies does nothing to express this vital story-to-story relationship.

But in the process, we need to remember that these more structured forms are dependent on a complex base of stories and of the connections and relationships between stories. The full complexity and subtlety of these relationships is beyond what any formal data structure can express (the base is always unstructured stories). But there is one form of organization that can come closer than any other to modeling those relationships and making them navigable, and that is hypertext.

Hypertext is definitely part of the world of stories. But it is not the old world of books. It is not even the old world of storytelling. It is a new world of story sharing. Because it is story-based, hypertext is less precise than a database table or a metadata record, but its mechanisms are also capable of handling labeled data. More importantly, hypertext is capable of seamlessly expressing the relationships between labeled data, narrated data, structured stories, and unstructured stories, which in turn makes the more structured elements at the top of their precarious pyramid more accessible and more understandable to the reader.