Most people employed as technical writers would probably say that they are in favor of standards and open systems. Yet many of those same people will own an iPod, iPhone, or iPad — all of which are closed, non-standard systems. Apparently Apple has even gone so far at to install non-standard Pentalobe screws in the iPhone to stop users from opening them.

Apple’s strategy has always been built around proprietary non-standard hardware and operating systems. It is a strategy that has had mixed results. They lost the war between the Mac and the de facto standard PC architecture, but are so far dominating the tablet market with the proprietary iPad, though the more open Android is outselling the iPhone.

This is not to say that Apple does not use or support standards. The iStuff would not do very well if it did not support standard network and wireless protocols, or if the browsers on these devices did not support standard HTML. (The failure of the iPad to support the de facto standard Flash is a fascinating edge case.) Like every company, in every industry, Apple uses a combination of standards and proprietary methods and systems tactically, to make itself effective in the market place.

Consider if you were a manufacturer of wrenches. You would not be very successful in the marketplace if you did not make your wrenches in standard sizes. Following that standard is essential. 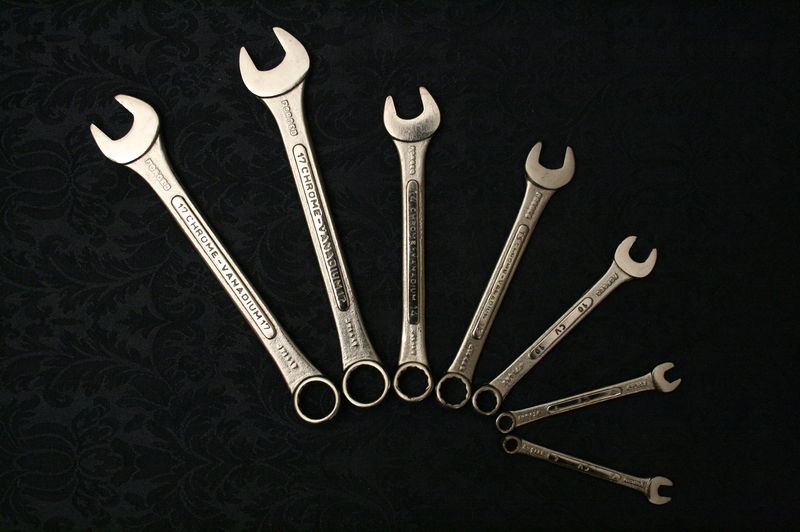 But if you produce your wrenches in standard sizes, how do you set your product apart from the rest? Well, you might be able to do that with non-standard handles.

More to the point, if you could come up with a non-standard wrench handle that made it easier to use in a confined space, that could be a significant competitive advantage. Not only will you create a non-standard handle. You will attempt to patent your new design to prevent other manufactures from copying your handle design. Your competitive position in the marketplace will then depend on your product being standard at each end, and proprietary in the middle.

And of course, some tool manufacture out there is making money producing non-standard Pentalobe screws and screwdrivers for Apple. The fact of the matter is that every successful system is a mix of standard and proprietary elements. When it comes to your metadata, and indeed to the design of your documentation system as a whole, you are unlikely to be successful with a 100 percent proprietary system or with a 100 percent standard one.

Internally, you may find that adopting standard tools or standard metadata saves you from the work of building your own tools and designing your own metadata schemas. On the other hand, you may find that the standard tools and metadata, which are not specific to your business, mean that you have to do more work by hand, or that your attempts to customize the standard system end up being more complex than designing a system for yourself.

How do your decide whether your should use standard or proprietary metadata, either internally or externally? The essential property of metadata is that it allows you to ask questions of your content. To understand your metadata needs, you simply need to list the questions you (internally) and your customers (externally) will want to ask of your content.

The correct answer will probably be a mix of both. It usually is.

Iconic One Theme | Powered by Wordpress